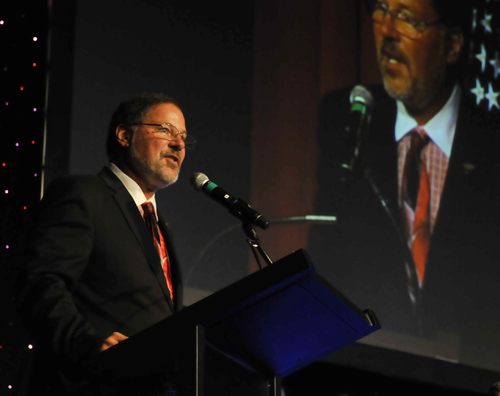 The Space Foundation saluted Air Force Space Command’s 30th anniversary with two gala events in two cities. The Colorado Springs event included a reception, dinner, awards presentations and the introduction of many notable figures from the Command’s history. A smaller, more intimate event took place in Washington, D.C., and featured a “Fireside Chat” with former senior military leaders as well as a reception and dinner. 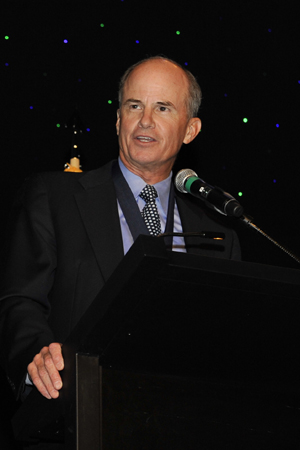 A crowd of almost 600 celebrated AFSPC on Sept. 14 at The Space Foundation Presents a 30th Anniversary Salute to Air Force Space Command at The Broadmoor Hotel in Colorado Springs, Colo.

A major portion of the Colorado Springs Program was devoted to several prestigious awards, including: 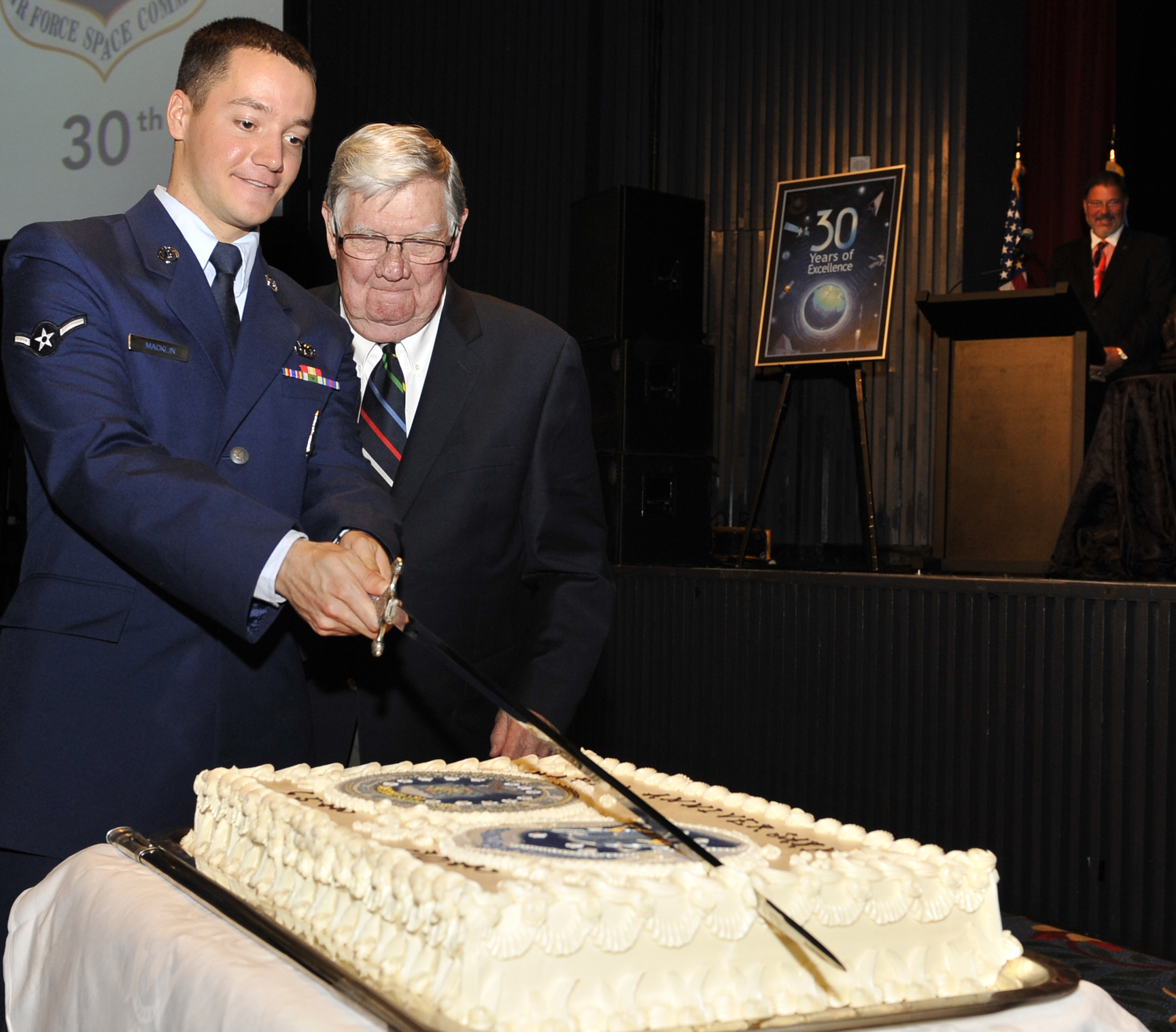 The evening ended with cutting of a ceremonial cake by Major Gen. Tim Padden, USAF, Ret., the third commander of AFSPC and the most-senior past commander attending the event, and Airman Samuel Macklin from the 721st Security Forces Squadron (pictured, left).

The Army and Navy Club in Washington, D.C., was the setting on Sept. 18 for about 140 guests who attended The Space Foundation Presents a Washington, D.C., Salute to the 30th Anniversary of Air Force Space Command.

The evening began with a cocktail reception and entertainment from the Air Force Jazz Band Combo. The crowd was treated to a “Fireside Chat” with: 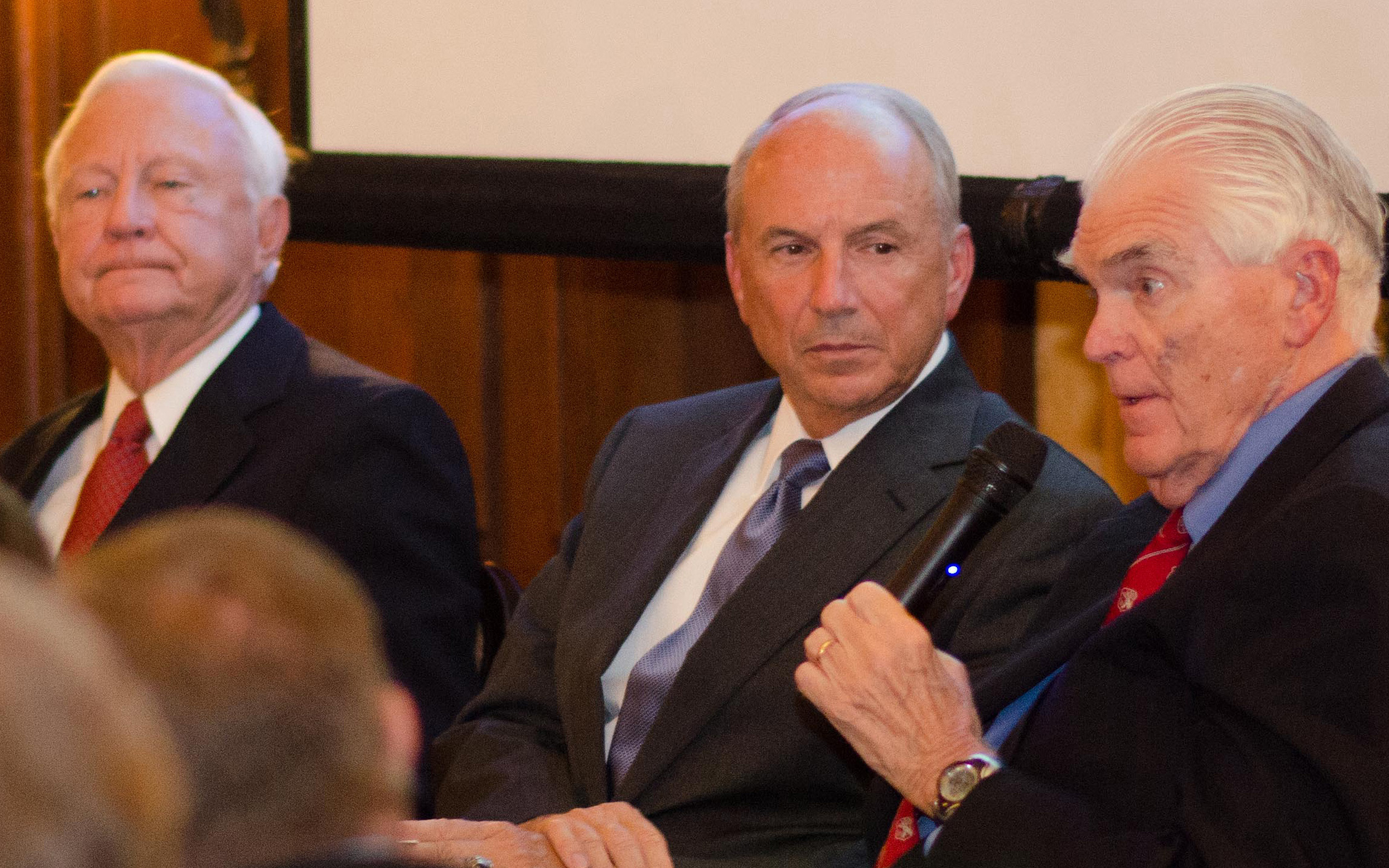 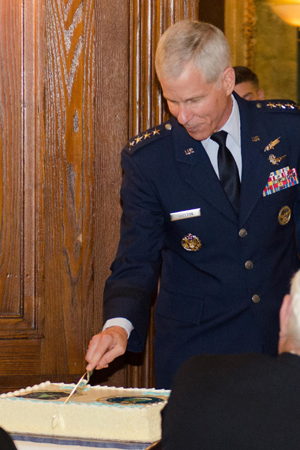