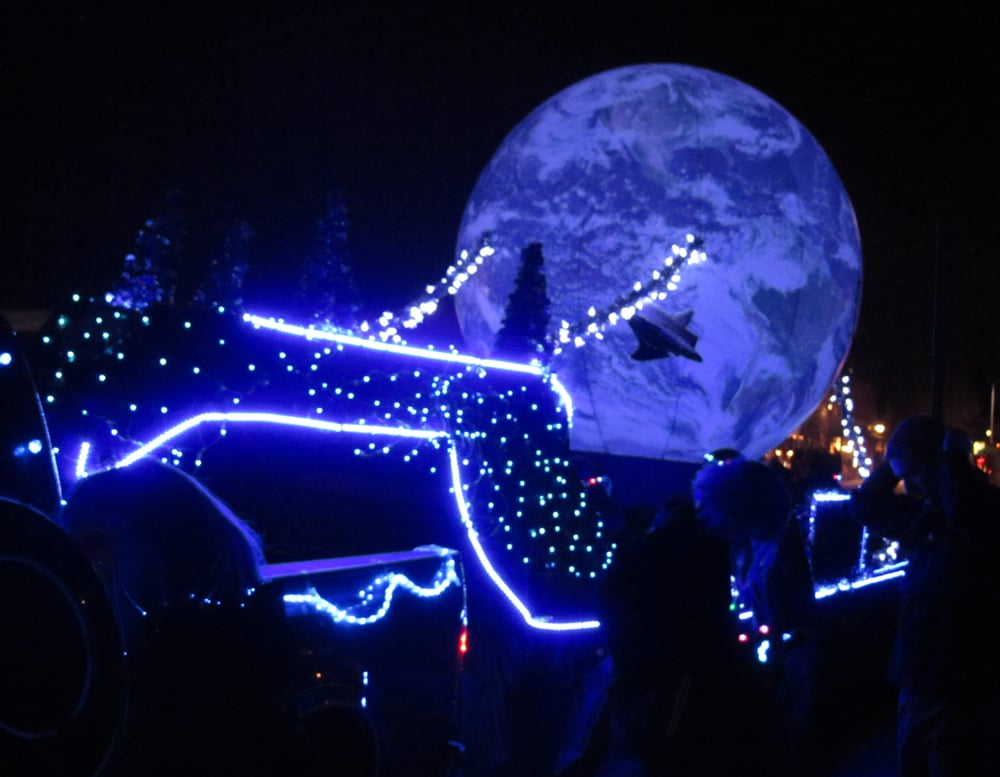 The Space Foundation’s inaugural float in the Colorado Springs Festival of Lights Parade gave a unique twist to the parade’s theme of “Home for the Holidays.” It featured children surrounding a glowing globe of the Earth, our home in the universe. The Earth theme also echoed a feature of our new Space Foundation Visitors Center and the Northrop Grumman Science Center Science On a Sphere® (SOS).

The parade, held this year on Dec. 1, is an annual tradition in Colorado Springs, and this is the first year the Space Foundation has been represented in the parade. The float, featuring thousands of blue lights and an inflated globe, was built by a team from the Space Foundation, who also walked alongside sporting lighted gloves, wigs and glasses. The children on the float were from Cub Scout Pack 4 (pictured below) and Girl Scout Troop 4598. The “Stormtroopers” escorting the float were from the Mountain Garrison of the 501st Legion, a world wide organization that raised over 11 million in charity last year. 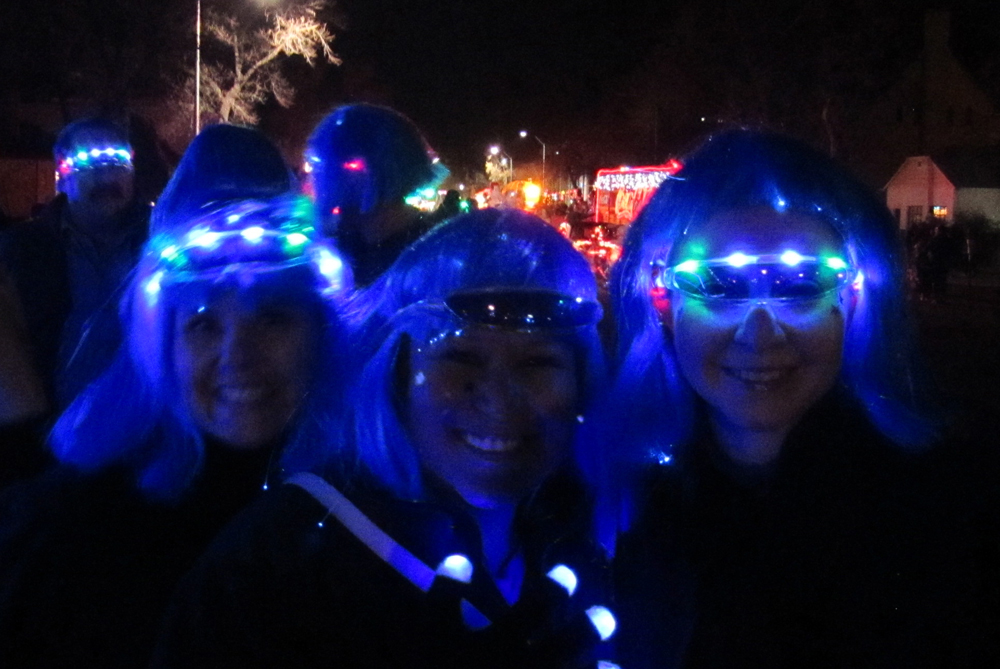 The float was a big hit with the holiday crowd – estimated to be more than 50,000 people – and was named winner of the “Rudolph Award, Best Lighting on a Float” by parade organizers. 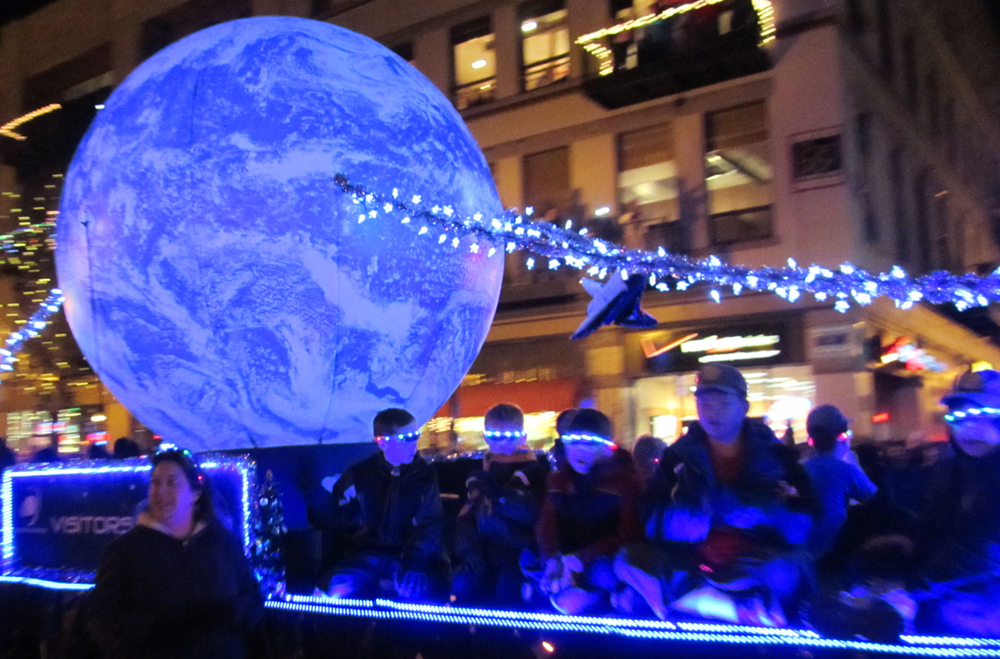