The Space Symposium Corporate Partnership Dinner recognizes the Space Foundation’s many Corporate Members and thanks them for their support and participation. 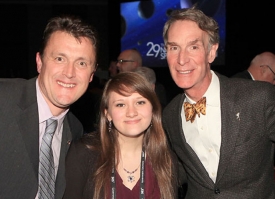 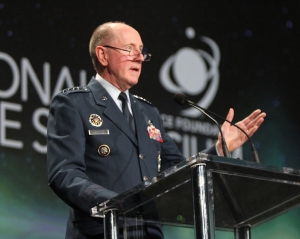 Kehler gave a STRATCOM perspective, saying, “Uncertainty and complexity continue to dominate our national security landscape, (which) is increasingly characterized for the potential for a wide variety of conflict across all domains… technologies that allow us to move freely about the globe will likely make yesterday’s battlefield tomorrow’s global battle space.”

Saying STRATCOM “will never waiver from the highest vigilant standards of excellence that the nuclear mission demands,” Kehler added, “today’s STRATCOM is far more diverse and versatile than ever before.”

He cited the ability to create synergy from a range of strategic capabilities, including those that can:

“Those abilities are unique,” said Kehler. “STRATCOM’s nuclear and conventional strikes, space, cyber and other capabilities remain foundational to confronting the challenges of the future… STRATCOM’s responsibilities and capabilities underwrite freedom of action for our nation and generate viable options for our national leaders.”

Saying that “no other armed force relies on space as broadly or deeply as the U.S. military and no other military force derives the same unprecedented operational advantages from its use of space capabilities,” Kehler noted that space capabilities have offered “recurring access to denied or distant areas around the globe that has proven vital to monitoring strategic military developments as well as supporting and verifying treaty compliance.

“Times have changed,” said Kehler, and “Today’s space environment is characterized by more participants, more activity and the proliferation of a variety of capabilities that eventually can threaten our access to and freedom of action in space during a conflict.”

He then outlined key responsibilities of the commander of USSTRATCOM: 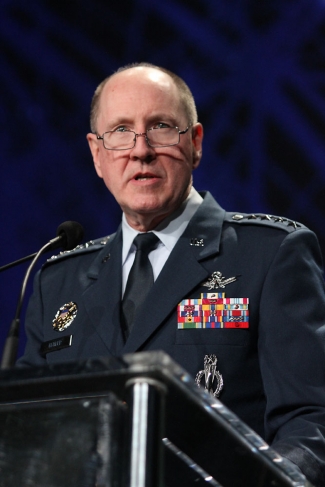 “Ensuring that space capabilities will be available whenever and wherever they are needed is one of my top priorities,” he said. “STRATCOM has spent much of the last year improving our contingency plans and working with our service components to enhance the resilience of our space capabilities.”

Kehler said that STRATCOM is in the process of streamlining procedures to detect, identify, characterize, geo-locate and resolve unwanted electromagnetic interference as well as providing conjunction analysis and collision warning for a growing number of space operators around the world.

He gave examples of that commitment:

“We’re working to improve our partnership with key friends and allies through a concept called Combined Space Operations built upon the current Joint Space Operation Center at Vandenberg with virtual connections between it and other nation’s space operation centers around the world,” said Kehler.

“Access to orbit remains vital to national security, and the key to achieving it is an industrial base that is capable, responsive and affordable,” said Kehler, noting that launch diversity could prove positive. “We support the efforts of the Air Force to expand the available industrial base of certified and proven launch providers… we must continue to invest in capabilities that assure our access to space,” he said.

Kehler laid out a long list of needs, including:

Kehler closed by talking about cyberspace, saying, “Maybe the greatest threat to our space capability will come through cyberspace. And maybe that threat will come as espionage against your intellectual property.”

He asked the space community to “lock your doors” because, “right now, someone from halfway around the world is trying to get into your network, looking to steal what you are developing. Espionage saves a spy millions of dollars in investment and years of effort. Espionage is a great way to evaluate our capabilities and design counters to them. The results of espionage mean that in some future conflict a young American dies or we lose.

“No one does space better than our U.S. industry team,” he said. “That’s why cyber spies are after you.”

Kehler said that “a number of important steps have been taken recently,” but that “we all are in for some very challenging days ahead.”

But, he continued, “I am very confident in our capabilities to defend the nation and our allies, despite our challenges. 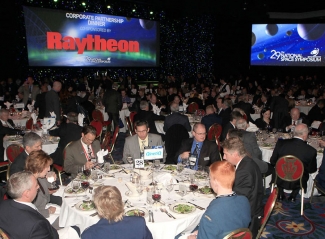 “They are the ones who are able to handle whatever we send in their direction. Together with them and with our, our industry partners, the future of space and thus our national security has a bright future.”

See a video of the event here.