Update on Space Foundation Activities in the Nation's Capital

On July 9, the Space Foundation’s Washington, D.C., team attended a briefing at the office of the European Union (EU) Delegation to the United States to learn about Copernicus, the European Earth observation and monitoring program. Officials from the EU were in Washington on that day to meet with various U.S. agencies and companies regarding synergies between U.S. systems and Copernicus’. Once fully operational, Copernicus will be a constellation of more than a dozen satellites that will aid in weather forecasting, disaster management, climate monitoring, land use and atmospheric and maritime monitoring. 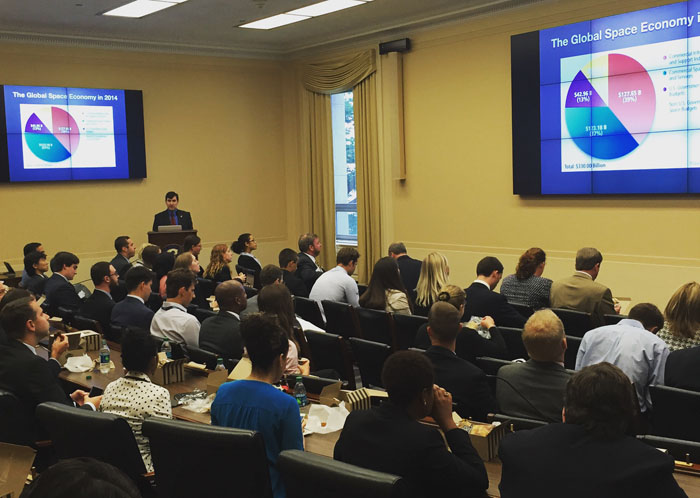 The week of July 13, Space Foundation Director – Research and Analysis Micah Walter-Range visited Washington to roll out the 2015 edition of The Space Report: The Authoritative Guide to Global Space Activity. Over the course of two days, Walter-Range briefed congressional, agency and industry leaders at the U.S. Capitol, the White House and the Pentagon on several facets of the $330 billion global space economy (pictured).