Learning the Value of Space Endeavors 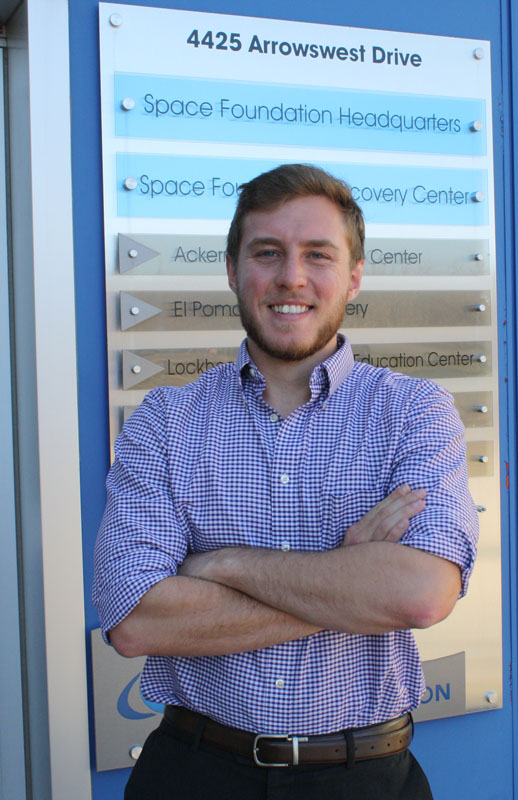 When I tell friends I am interning at the Space Foundation, they always jokingly ask me, “Are you going to be an astronaut?” Or “When are you going to Mars?”

As old as those jokes have become, I understand where they are coming from. When I was first considering interning here, I wondered what role I could possibly serve as an International Affairs major in an industry that, I assumed, was looking for the next generation of scientists and astronauts.

The Space Foundation does, in fact, have an amazing New Generation Initiatives program aimed at fostering the young minds of future space leaders. However, as my six months here nears completion, I have learned that the future of space and the aerospace industry is far more complex than that. Within my field, for instance, space represents a unique opportunity for international cooperation that transcends past and present disputes.

I, like many others, have been enthralled by the space-related stories of this past year — the New Horizons mission reaching Pluto, astronaut Scott Kelly and cosmonaut Mikhail Kornienko’s year in space and the confirmation of flowing water on Mars were all engrossing stories that reached wide audiences because of the skillful way that media experts at NASA, the Space Foundation and a variety of other organizations utilized platforms such as Facebook and Twitter.

Much like myself, the future diplomats and mass media professionals of this world may not view space as their natural calling, but they are needed, nonetheless. It is for this reason that the goals of programs like New Generation Initiatives go beyond promoting STEAM education (science, technology, engineering, arts and mathematics), they must also bring out the natural fascination that I believe almost all humans have with space and the universe surrounding us, and hopefully cause it to flower into a passion the way it has in me.

In doing so, they will aid not only the aerospace industry, but also the very generation they are targeting, for the other thing that has become clear to me during my time here is the immense value of space endeavors. Being a member of my generation means frequently being warned of the burden that is being passed on to us, and hearing that the adults of today are too often guilty of “passing the buck.” If that is true, I hope my generation will have at least been instilled with the passion and ability to meet that challenge.

Being at the Space Foundation, it is impossible to miss the potential that space research and advancement represents in this regard. From the Space Foundation’s Space Technology Hall of Fame, to the Discovery Center gallery right downstairs from my workspace, I have seen the benefits that space technology brings are far greater and wider reaching than the investments put into them.

So yes, I am a 21-year-old International Affairs major, about to complete a six-month internship at the Space Foundation. And while I may be no closer to being an astronaut or going to Mars, I may have taken my first steps toward success in my field and toward my goal of improving the world of tomorrow.

Jacob Vasbinder is a senior at Northeastern University, Boston, Mass.