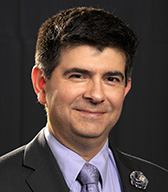 Gemini IX's major objective was an in-orbit rendezvous with a Gemini-Agena Target Vehicle (GATV). This would have been the third rendezvous, allowing NASA and its astronauts to gain more experience for Project Apollo's lunar missions. The plan was to launch the GATV first. After a successful GATV launch, NASA would then launch the crew-piloted Gemini capsule. The capsule would dock with the GATV, then maybe the crew would also conduct a spacewalk and few experiments. The crew would come back to Earth once these objectives were done. All of this was supposed to happen in May 1966. 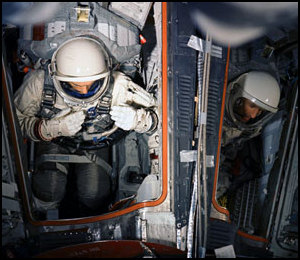 The Atlas launch vehicle pushed the GATV into the sky one mid-May morning in 1966. For slightly over two minutes, everything looked fine. But the Atlas and GATV suddenly pitched down, flipping and heading...somewhere? Eventually, mission control's radio operator lost the rocket's signal. No one knew exactly what happened to the GATV and Atlas other than both plunged into the ocean, based on radar indications. The manufacturer's data seemed to point to a problem with the Atlas' engine. This was not the first time NASA had a launch problem involving the GATV. 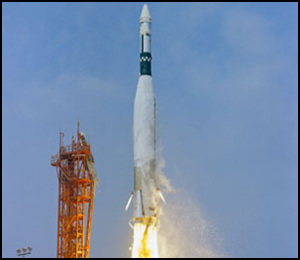 A previous incident involving the GATV's disintegration in October 1965 prompted NASA to look into procuring an alternative target vehicle--just in case. The alternative to the GATV turned out to be the Augmented Target Docking Adaptor (ATDA), a space vehicle with a docking collar for rendezvous, but no propulsion. The ATDA was given the go-ahead in December 1965 and accepted for NASA's use in February 1966. By the time of the May launch failure, ATDA was ready in a nearby hangar.

NASA initially set the ATDA's launch date at May 31, 1966. It would be launched aboard another Atlas, to eventually rendezvous and dock with a Gemini spacecraft. The mission was re-branded Gemini IX-A. Because engineers had identified the problem that caused the mid-May launch failure, the contractor asked for an extra day to fix it. Gemini IX-A was a "go" for June 1, 1966.