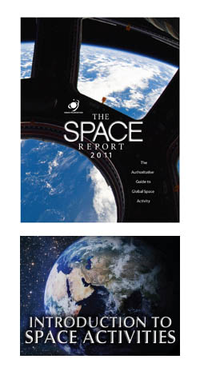 Policymakers, the media, educators and individuals interested in space look to us for credible information and cogent analysis of the forces that influence the space industry.

To learn more about Space Foundation research and analysis programs, go to www.SpaceFoundation.org/research.