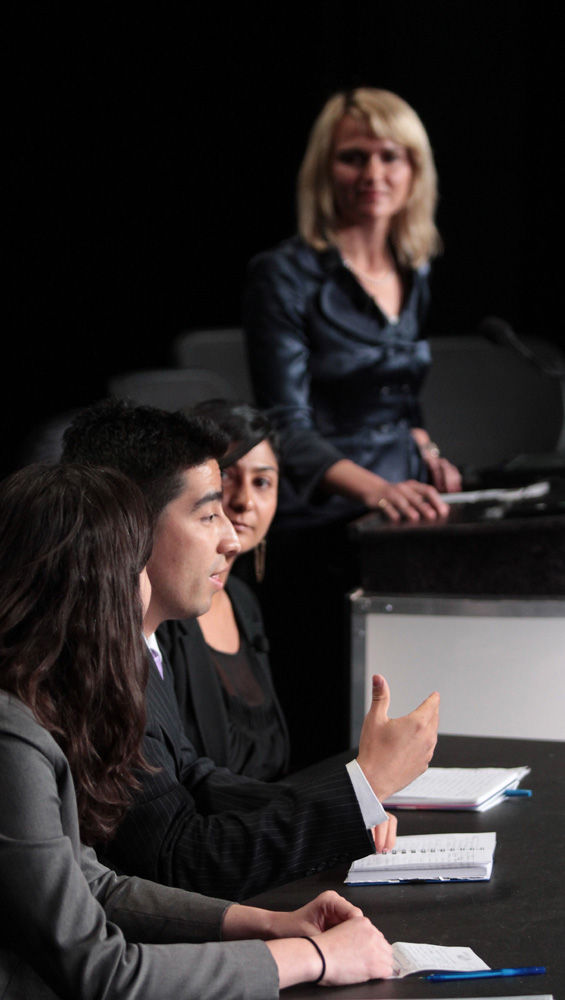 The United Nations’ Space Generation Advisory Council (SGAC), an organization of university students and young professionals from around the world engaged in space policy, participated in the 28th National Space Symposium in a big way, beginning with the inaugural Space Generation Fusion Forum.

The event was hosted by the Space Foundation and held with participation by the American Institute of Aeronautics and Astronautics (AIAA), the Federal Aviation Administration (FAA)’s Center of Excellence for Commercial Space Transportation and the National Aeronautics and Space Administration (NASA). See more about the Forum’s supporters at: http://spacegeneration.org/index.php/eventstopics/news/306.

The Fusion Forum conducted three panels that were then discussed in a report on April 19 during the National Space Symposium:

Fusion Forum attendees then participated in the National Space Symposium New Generation Leadership Exchange and a networking reception on the afternoon of April 16, and the Opening Ceremony and reception that evening.

More than half of the 50 Fusion Forum attendees stayed on for the full Symposium, staying involved in the New Generation activities. On April 19, SGAC was a highlight of the National Space Symposium agenda. Doldirina served as Master Moderator and SGAC presented the results of the three panels.