COLORADO SPRINGS, Colo. (Dec. 3, 2012) – Actor Sigourney Weaver will be the featured speaker at the Space Technology Hall of Fame® dinner on April 11, 2013, at the 29th National Space Symposium, to be held at The Broadmoor Hotel in Colorado Springs, Colo.

Presented annually by the Space Foundation, the Space Technology Hall of Fame® dinner honors extraordinary technologies originally developed for space that now improve life here on Earth. The 2013 recipients will be named early next year.

Wrapping up four days of Space Symposium activities, the dinner is traditionally known for its outstanding speakers, which over the past few years have included astrophysicist Neil deGrasse Tyson, Bill Nye the Science Guy®, actor Leonard Nimoy and political satirist P.J. O’Rourke. The dinner is co-sponsored by SpaceX. 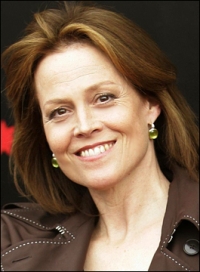 About Weaver
Academy Award nominated and Golden Globe winning actor Sigourney Weaver has created a host of memorable characters, both dramatic and comic, in films ranging from Ripley in Alien to Dian Fossey in Gorillas in Mist. Born and educated in New York City, Weaver graduated from Stanford University and received a master’s degree from the Yale School of Drama.

Weaver made her motion picture debut in Ridley Scott’s blockbuster Alien. She later reprised the role of Warrant Officer Ripley in James Cameron’s Aliens, which earned her Academy Award and Golden Globe nominations for best actress. She brought Ripley back to life in David Fincher’s Aliens 3, which she also co-produced, and Alien Resurrection for director Jean-Pierre Jeunet.

Weaver received a Tony Award nomination for her starring role in Hurlyburly on Broadway, directed by Mike Nichols. For her television work, Weaver received Emmy, Screen Actors’ Guild and Golden Globe nominations for outstanding performance by a female for her role as Mary Griffith in Lifetime’s Prayers for Bobby, which was also Emmy and Golden Globe nominated for Outstanding Made for Television Movie. She also appeared in the PBS mini-series The Best of Families.

Learn the benefits of sponsorship at www.nationalspacesymposium.org/co-sponsors.

« Space Foundation a Hit at Festival of Lights Parade