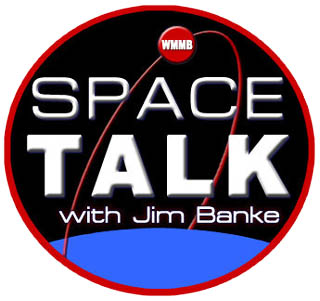 “Space Talk” is a weekly, one-hour radio program that originates on Florida’s Space Coast, home to NASA’s Kennedy Space Center and the Cape Canaveral Air Force Station. “Space Talk” can be heard live online at www.wmmbam.com or via mobile devices at iHeart Radio. A recording of the program will be available two days later at www.milasolutions.com.

About Banke
Jim Banke is an award-winning, veteran communicator with more than 25 years of experience as an aerospace journalist, writer, producer, consultant, analyst and project manager. Based at Cape Canaveral, Fla., Banke was an early pioneer in online news reporting in 1995 as co-creator of Space Online. He is now owner and president of MILA Solutions, LLC, providing strategic communications, media products and project management services to the aerospace industry.

About Pulham
Named chief executive officer of the Space Foundation in 2001, Pulham leads a premier team of space and education professionals providing services to educators and students, government officials, news media and the space industry around the world. He is widely quoted by national, international and trade media in their coverage of space activities and space-related issues. Before joining the Space Foundation, he was senior manager of public relations, employee communication and advertising for all space programs of Boeing, serving as spokesperson at the Kennedy Space Center for the Magellan, Galileo and Ulysses interplanetary missions, among others. He is a recipient of the coveted Silver Anvil Award from the Public Relations Society of America – the profession’s highest honor. In 2003, the Rotary National Awards for Space Achievement Foundation presented him with the coveted Space Communicator Award, an honor he shares with the late legendary CBS News Anchor Walter Cronkite and former CNN News Anchor Miles O’Brien. Pulham is chairman of the Hawaii Aerospace Advisory Committee, a former Air Force Civic Leader and advisor to the Chief of Staff and Secretary of the Air Force and a recipient of the U.S. Air Force Distinguished Public Service Medal. He serves on the editorial board of New Space Journal.