The Space Foundation Infrastructure Index recorded the best quarterly performance of the year as its 15.9 percent growth outstripped all other tracked indexes, as can be seen in Exhibit 1. The main Space Foundation Index came in second, closely followed by the NASDAQ Composite, as all indexes posted growth in the quarter. Infrastructure companies in particular performed well in the third quarter and were expected to be largely insulated from the government shutdown.

Key movers in the third quarter of 2013: 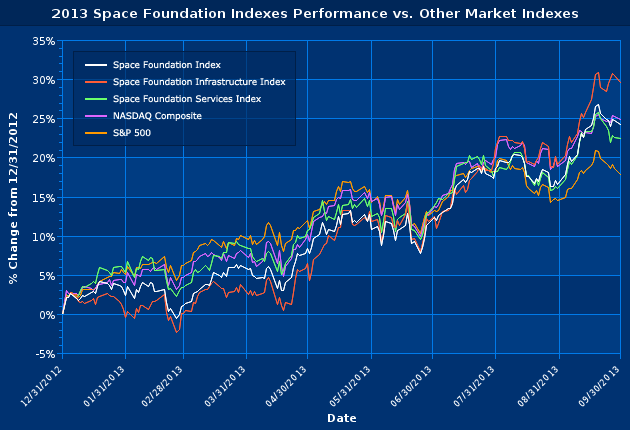