The global space economy grew to $314.17 billion in commercial revenue and government budgets in 2013, reflecting growth of 4 percent from the 2012 total of $302.22 billion. Commercial activity — space products and services and commercial infrastructure — drove much of this increase. From 2008 through 2013, the total has grown by 27 percent. 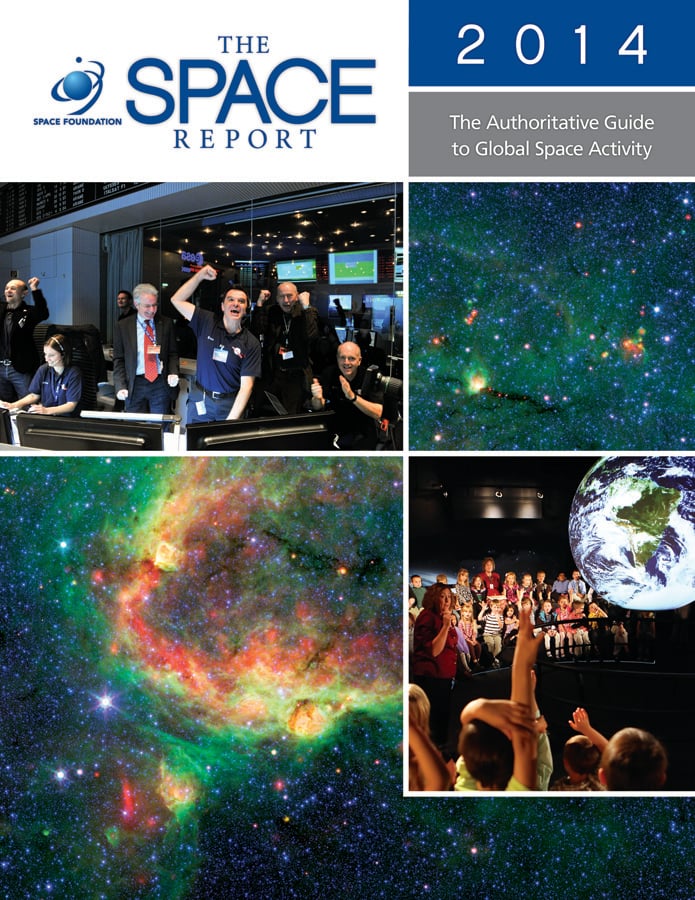 Government spending decreased by 1.7 percent in 2013, although changes varied significantly from country to country. Substantial space budget cuts in the United States outweighed gains in Canada, India, Russia, South Korea, and the United Kingdom, all of which increased budgets by 25 percent or more.

These new global space economic numbers come from the Space Foundation’s publication, The Space Report 2014: The Authoritative Guide to Global Space Activity, which was released May 19. Data was compiled from original research and a wide variety of public and private sources, and analyzed by Space Foundation researchers.

The Space Report Key Findings
The 160-page book contains worldwide space facts and figures and is illustrated with photographs, charts and graphs. Within are myriad examples of the benefits of space exploration and utilization, the challenges facing the space sector, the opportunities for future growth and the major factors that shape the industry. In addition, The Space Report includes an overview of each sector, easy-to-understand definitions and up-to-date information on space infrastructure, facilities, launches and programs.

Following are just some of the many interesting facts and analyses found in The Space Report 2014: The Authoritative Guide to Global Space Activity: 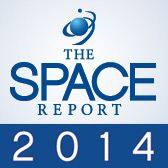 About the Book
The Space Report is published annually by the Space Foundation, which works with a leading aerospace consulting firm, Futron Corporation, to research and analyze government and industry trends in space activity. The stock market analysis is provided by ISDR Consulting, LLC, a management consulting firm specializing in the space, satellite and technology sectors.

The Space Report 2014 is on Sale Now
The Space Report is the definitive body of information about the global space industry. It is a valuable resource for government and business leaders, educators, financial analysts, students and space-related businesses.

The report can be purchased – in print or as a downloadable PDF – for $399. Purchases can be made online at www.TheSpaceReport.org.

Multi-user licenses for businesses and schools, academic pricing and discounted previous editions of The Space Report are also available via online purchase.