The Space Foundation is now providing distance delivery of its space-themed education programs. Using Google Hangouts, the Space Foundation brings GlobalCasts featuring its Science On a Sphere® to schools across the country and even around the world. 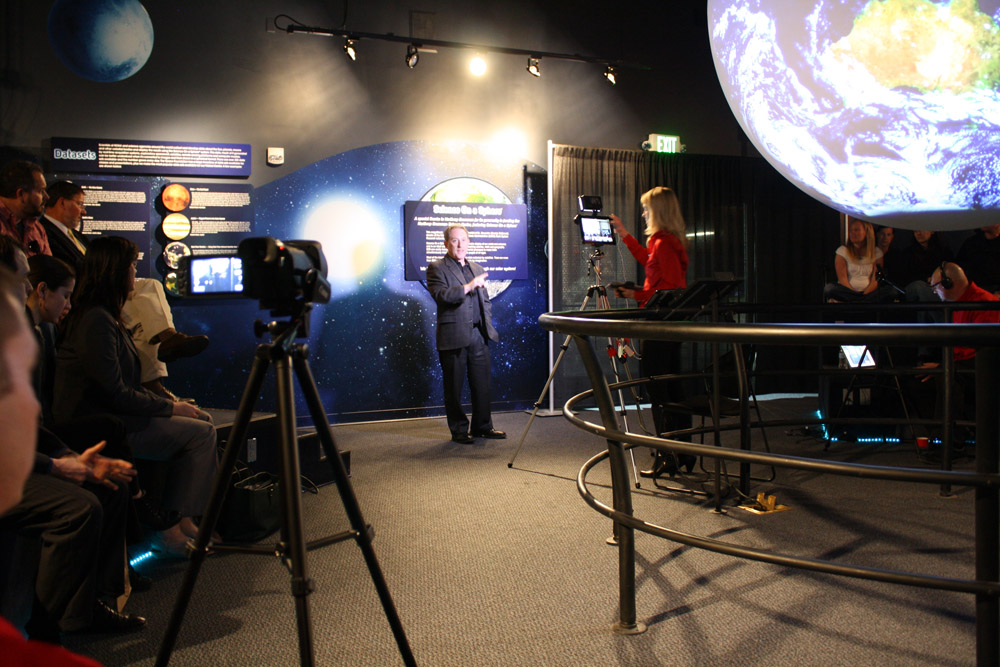 GlobalCasts during March included one for potential students and parents of a new space school opening in the U.K. this year — Space Studio Banbury in Banbury, Oxfordshire. The Space Foundation also held a GlobalCast for a team from NASA’s New Horizons Pluto-Kuiper Belt Mission that visited the Space Foundation Discovery Center in March. The team discussed its project with students at five schools across the country via a Google Hangouts GlobalCast. A group of 25 teachers from Broadmoor Elementary School in Colorado Springs, also attended the presentation, along with Space Foundation team members and volunteers.

Alan Stern, Ph.D., the mission’s principle investigator, used the Space Foundation’s Science On a Sphere to illustrate his talk. Science On a Sphere (SOS) uses special software, satellite imagery and four projectors to render images onto the global surface that provide full-motion views of the Earth, Sun, moons and planets in space. 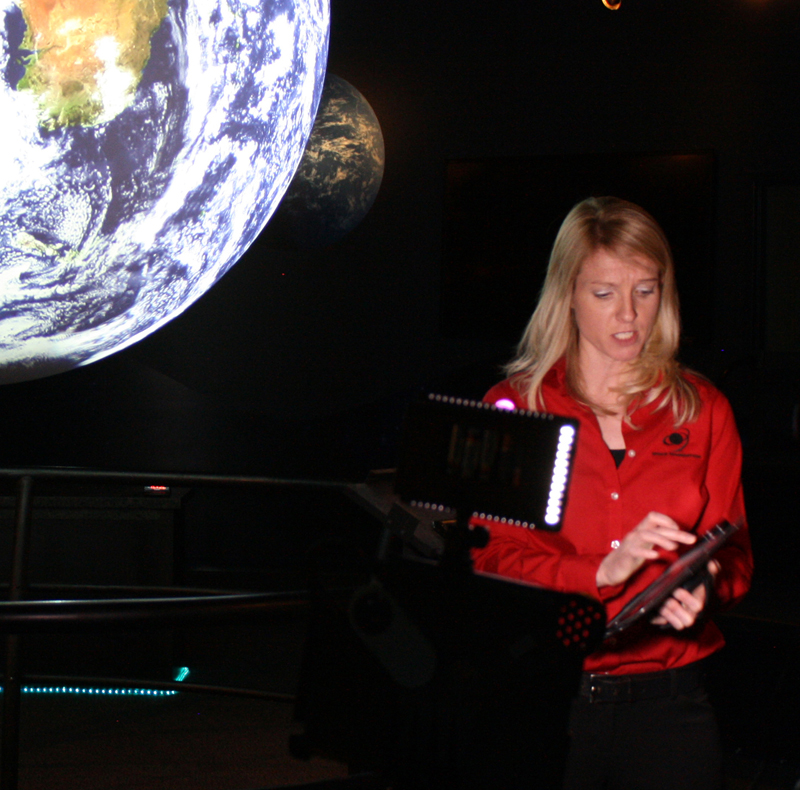 The teachers participating by GlobalCast were Space Foundation Teacher Liaisons at schools in Alaska, Colorado, Idaho and Oregon, including:

The New Horizons spacecraft launched in 2006, and is expected to complete its flight past Pluto in July 2015, an historic 10-year flight of more than 3 billion miles.

“New Horizons is the U.S. at its very best,” said Stern, during his presentation at the Space Foundation. “This is frontier science in real time.”

After Stern’s talk, students on the GlobalCast took turns asking him questions about the mission, then Stern and his team toured the Discovery Center and its education labs – the AGI Space Missions Simulation Laboratory and the Mars Roobotics Laboratory.