The people selected were given behind-the-scenes access to several areas of Kennedy Space Center and Cape Canaveral. The day before the scheduled launch there were briefings, a site visit to Orion atop the Delta IV heavy rocket, along with an introduction by United Launch Alliances President and CEO Salvatore “Tory” Bruno, a visit to the Neil Armstrong Operation and Checkout Building, where Lockheed Martin assembled Orion, and a visit to the Booster Fabrication Facility, with presentations by former NASA astronaut and current ATK team member Col. Brian Duffy, USAF (Ret.). 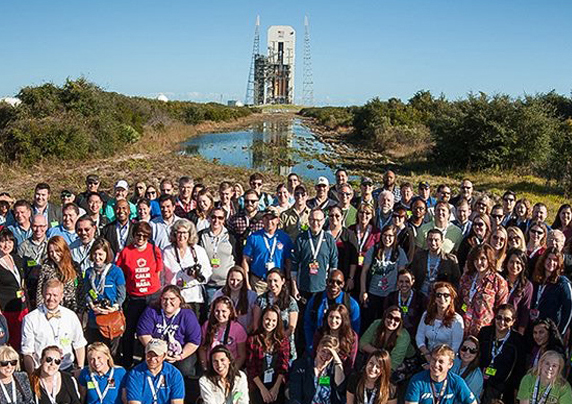 The next day around 4:00 a.m., we began to head to the shuttle bus area. The social media crew was granted access on the viewing field right next to the traditional media. Due to various safety issues, and after several countdown attempts, Orion’s launch on Thursday was scrubbed and rescheduled for the following morning.

That afternoon, we were able to view the inside of the Vehicle Assembly Building, (VAB). The building is most recognizable for its large American Flag (the stars are 6 feet across each, and the blue field is the size of a regulation basketball court), and the NASA meatball logo (which took nearly 700 gallons of paint). It is said the VAB makes its own weather, which we learned is not entirely true, however it sometimes “rains” inside due to condensation build up. 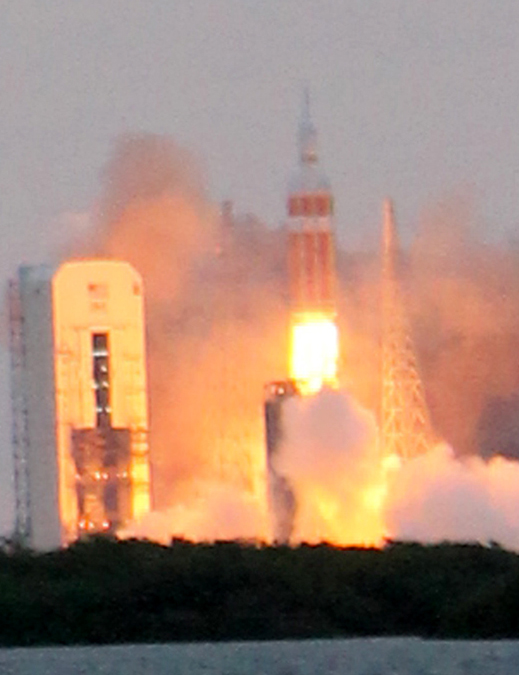 On Friday, as the launch time grew closer and the clock ticked away, the “go,” “no-go” began on the speakers. You could hear the excitement from the control room as we continued to hear “GO!”

The day before we had heard several counts before each delay, but this day we finally got to T-1 minute….30 seconds, 5…4…3…2…1…liftoff! The flames engulfed the bottom of the Delta IV rockets in their usual manner, and we all watched in awe as the rocket headed for the sky. This was history in the making; this is the spacecraft that will return Americans to space. We stood there in awe as the rocket gained in elevation and eventually disappeared into space, yet we could hear the thunder of Delta IV off in the distance.

Several us headed to the Kennedy Space Center Visitor Center to watch splashdown, which occurred about four and a half hours after liftoff. This was just as exciting to watch, as the cameras aboard Orion and the modified Predator drone captured live feed of reentry. In that short time, Orion orbited the Earth twice, going more than 3,600 miles away from the planet at speeds of 20,000 mph.

Being selected by NASA to participate in this historic event was truly an honor and a privilege. Congratulations  to NASA, Lockheed Martin, United Launch Alliance and all those involved in this successful first step to Mars. View more photos here. 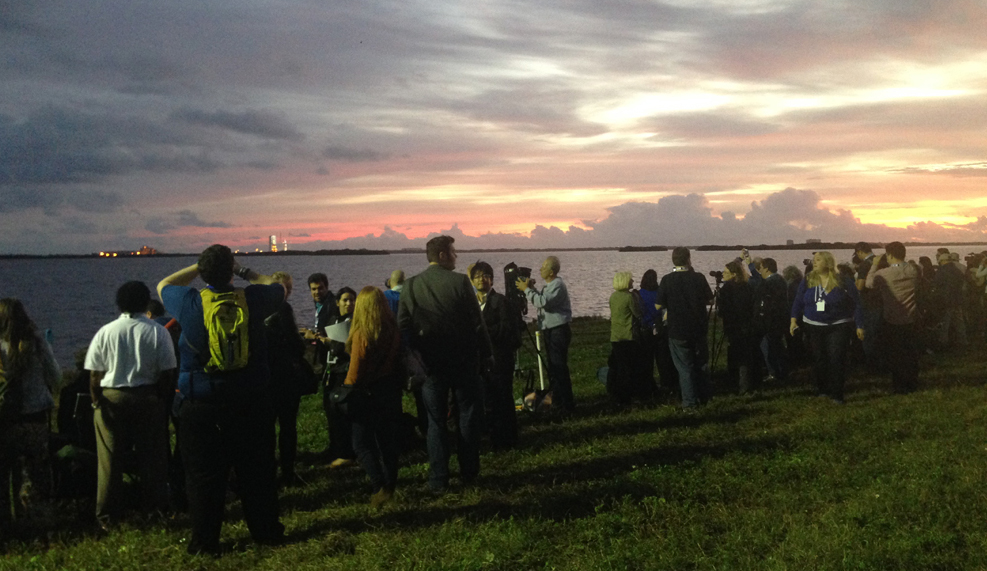