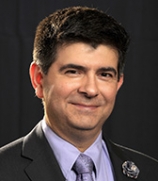 Two spacecraft, noses locked together, floated above the Earth. The two spacecraft, Gemini X and Agena 10, docked earlier in the day and in doing so, accomplished one of many Gemini X mission objectives. Things were going well. Fire suddenly spewed out of the Agena's end of the formation. The fire signaled the beginning of an expected mission phase. Agena's engine began pushing both spacecraft, accelerating and eventually adding another 129 meters per second to their orbital velocity. The astronauts inside Gemini X were being moved further away from Earth, 410 nautical miles (759 km), the furthest orbital point yet reached by humans.

Agena 10, also known as the Gemini Agena target vehicle (GATV), had launched a little over nine hours prior to the orbit-raising maneuver. About seven hours prior to the maneuver, astronauts John Young and Michael Collins left the Earth aboard Gemini X. Both vehicles were part of a very ambitious NASA mission that would help operations during the Apollo missions. Not only were they to rendezvous, dock, and then move to a higher orbit, Gemini X was also to rendezvous with a second GATV, Agena 8, launched for the earlier Gemini VIII mission. Between these activities, Collins was to conduct two extravehicular activities (EVAs), one of which involved retrieving a micrometeorite collector from Agena 8.

Gemini X and Agena 10 rendezvoused and docked nearly six hours after Gemini X's launch. Nearly seven and half hours after launch, Agena 10 moved both spacecraft into a higher orbit. The astronauts slept after the maneuver. After their rest, the crew conducted more maneuvers using Agena 10, bringing the astronauts closer to a rendezvous orbit with Agena 8. Collins conducted his first EVA, basically standing up on his seat in the Gemini X's cockpit through an open hatch, and taking ultraviolet photos with a specialized camera. He also retrieved a micrometeorite collection panel mounted on the outside of Gemini X. The EVA lasted about 46 minutes.

After 39 hours of docking, the crew decoupled Gemini X from Agena 10. It was time to rendezvous with Agena 8. 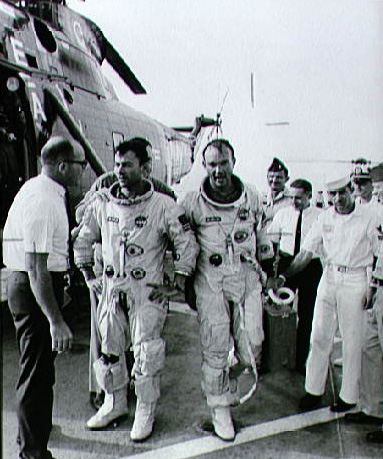 A few hours after separating from Agena 10, the crew had moved Gemini X to within a few meters of Agena 8. Collins second EVA required him to move between spacecraft, which he did. He also acquired the Agena 8's micrometeorite collection panel and transferred it to Gemini X. After 39 minutes, he returned to Gemini X's cockpit and closed the hatch. Both EVAs were successful. NASA had learned from Gene Cernan's EVA experiences gained during the previous month.

The astronauts successfully moved Gemini into a nominal reentry orbit, landing safely in the Atlantic Ocean within five miles of their planned landing point. Nearly 71 hours after they had launched into orbit, they were back home. The primary mission objectives, with critical lessons useful for conducting Apollo Moon missions, had been fulfilled. Collins proved humans could move in space safely and conduct other activities outside the capsule. The astronauts had rendezvoused with two different spacecraft in two different orbits, allowing NASA's astronauts to gain more experience and knowledge for conducting in-space vehicle rendezvous and docking while orbiting the Moon during the upcoming Apollo missions.
This article is part of Space Watch: July 2016 (Volume: 15, Issue: 7).