In 2017, the award will be given posthumously to Piers Sellers, Ph.D., OBE, British-born former NASA astronaut and climate scientist who became an American citizen in 1991 to pursue his dream of going to space. 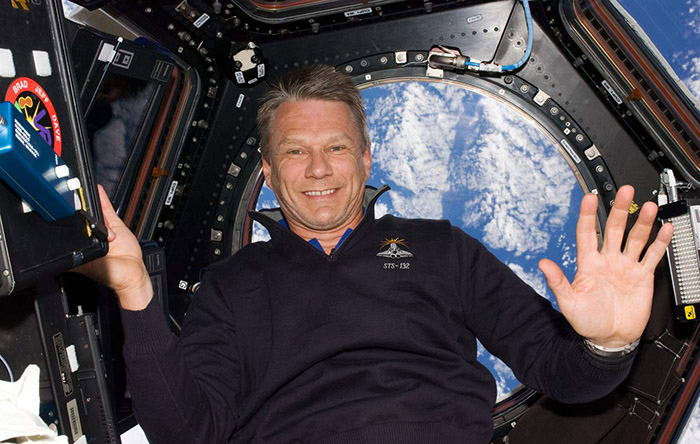 In nominating Sellers, Cruddas wrote: He has dedicated his life to Earth and Space Science, from working in climatology for NASA, to three amazing Space Shuttle missions and helping lead the Goddard Space Flight Center. From his numerous appearances on TV and radio, including on the iconic British TV show The Sky at Night, to writing articles for the general public about climate science, he has attracted international respect.

In announcing the selection of Sellers, Space Foundation Board Chairman ADM James O. Ellis, Jr., USN (Ret.), said, “Dr. Sellers is an incredibly accomplished and highly regarded scientist, astronaut and author who has made superb contributions to his science, been a treasured friend and teammate to his astronaut colleagues, and, quietly and professionally, through his observation and study of our planet, benefited us all. He has spent much of his professional life studying our Earth’s climate and has devoted himself to analyzing and communicating the nature of climate change and why action matters.” Ellis continued, “Not long after receiving the cancer diagnosis, Dr. Sellers, showing extraordinary courage and true humanity, he said: ‘As an astronaut I spacewalked 220 miles above the Earth. Floating alongside the International Space Station, I watched hurricanes cartwheel across oceans, the Amazon snake its way to the sea through a brilliant green carpet of forest, and gigantic nighttime thunderstorms flash and flare for hundreds of miles along the Equator. From this God’s-eye-view, I saw how fragile and infinitely precious the Earth is. I’m hopeful for its future. And so, I’m going to work tomorrow.’ Dr. Sellers is an incredibly optimistic man with tremendous faith in people and their ability to bring about positive change. We are honored to have the opportunity to recognize him for his lifetime of achievement.” 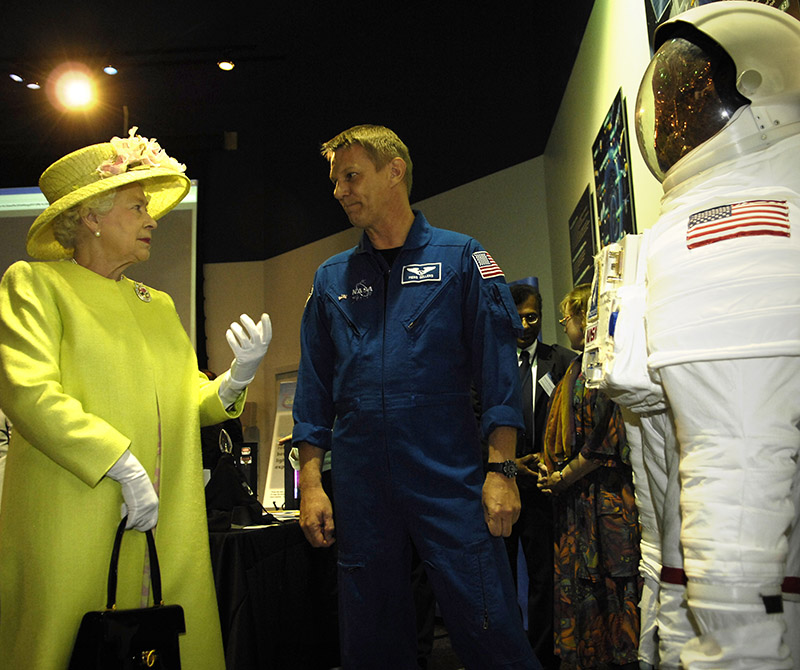 About Piers Sellers
Born in Sussex, England, Sellers earned a Bachelor of Science degree in ecological science from the University of Edinburgh and a doctorate in biometeorology from the University of Leeds. He also trained as a Royal Air Force cadet to pilot gliders and powered aircraft. Astronaut Neil Armstrong endorsed Sellers for an OBE (Order of the British Empire), and Sellers has been honored by the Queen at Buckingham Palace.

His career as a research meteorologist at the Goddard Space Flight Center, focused on computer modelling of climate systems. He became an American citizen in 1991, and was selected as a NASA astronaut in 1996. He flew on three Space Shuttle missions, including STS-121, the “Return to Flight” mission after the loss of Columbia. He logged more than 559 hours in space and nearly 41 EVA hours during six spacewalks.

Earlier this year, Sellers was interviewed by film producer Leonardo DiCaprio for his documentary Before the Flood, and he discussed the NASA missions underway to study changes in the Earth’s atmosphere, water and land masses.

About the Award
Honoring its late, long-time chairman, Gen. James E. Hill, USAF (Ret.), the award recognizes outstanding individuals who have distinguished themselves through lifetime contributions to humankind through exploration, development and use of space.

The award luncheon is sponsored by Lockheed Martin, and will be held on Wednesday, April 5, at The Broadmoor in Colorado Springs, site of the Space Symposium. Information about luncheon tickets is available at www.spacesymposium.org/register.

About the Space Symposium
The 33rd Space Symposium is slated for April 3-6, bringing together thousands of space professionals from the world’s leading spacefaring countries to discuss and plan the future of space. See the agenda and registration information at www.spacesymposium.org.