The Space Foundation is now accepting nominations for its highest award, the General James E. Hill Lifetime Space Achievement Award. Honoring its late, long-time chairman, Gen. James E. Hill, USAF (Ret.), the award recognizes outstanding individuals who have distinguished themselves through lifetime contributions to humankind through exploration, development and use of space, or through use of space technology, information or resources in academic, cultural, industrial or other pursuits of broad benefit to humanity. 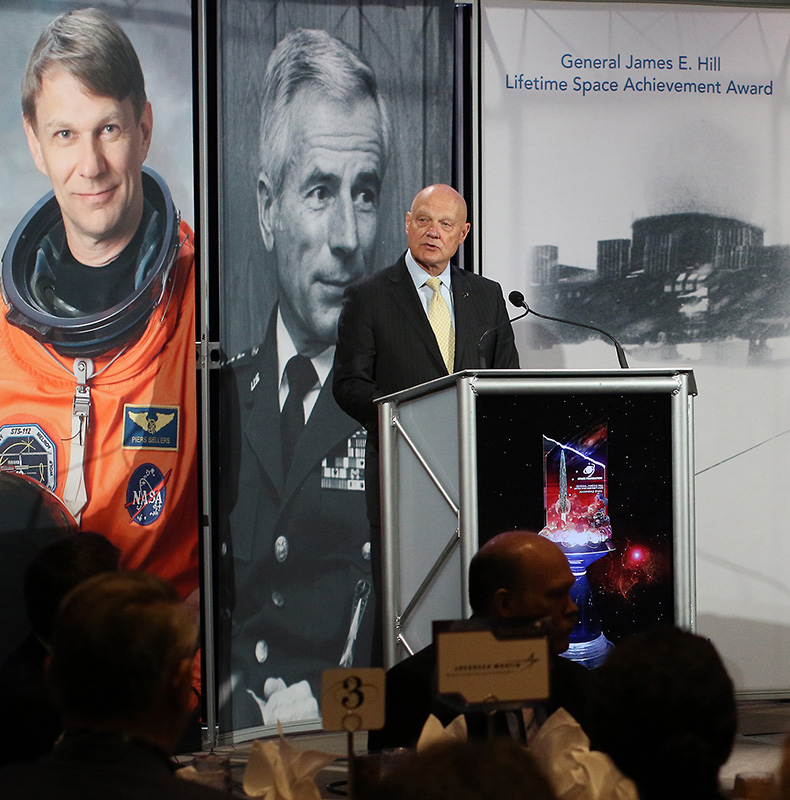 Nominations must be received by Oct. 2, 2017, and the award will be presented at a special luncheon, co-sponsored by Boeing, on April 18, 2018, during the Space Foundation’s 34th Space Symposium at The Broadmoor in Colorado Springs, Colo.

The 2017 award was presented to Piers J. Sellers, OBE, Ph.D. (1955-2016). Dr. Sellers was a British-born former NASA astronaut and climate scientist who became an American citizen in 1991 to pursue his dream of going to space. 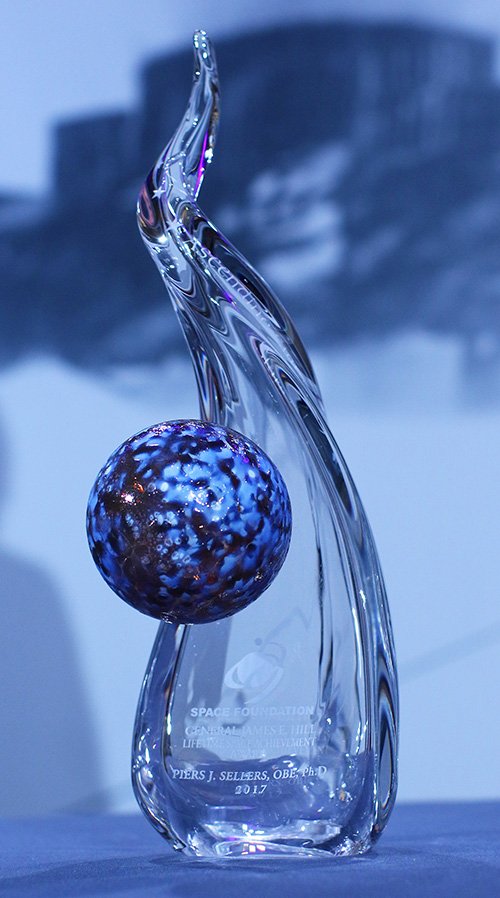 To Submit a Nomination
Submit a nomination in the form of a letter, not to exceed two pages, by Oct. 2, 2017, addressed to:

Upon ratification by the Space Foundation Board of Directors, the honoree will be notified immediately in writing.

Questions may be directed to [email protected].