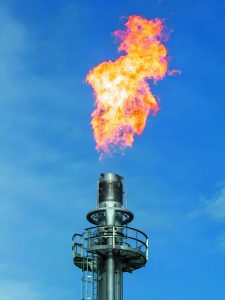 Researchers at Ames had devised a silicon-based compound as part of the development of the X-33 and X-34 prototype planes. These planes were projected to fly at 15 times the speed of sound. The friction from these super-sonic speeds would produce extremely high temperatures on the airplanes surface, so a protective coating was needed to protect the underlying aircraft. The design-requirements of the material specified that it must be lightweight, durable, and able to withstand temps of 3,000 F – nearly double the temperature protection demanded of the Space Shuttle’s coating.

The substance invented by the Ames researchers was dubbed the Protective Coating for Ceramic Materials (PCCM). The coating could be applied in a very thin layer, was extremely lightweight and highly stable. Most importantly, it was extremely effective at protecting the material underneath. Its high emissivity properties allowed it to radiate heat away from the ceramic insulation that it coated and protect the plane from the extreme heat.

The material was extremely effective at its designed purpose of protecting aircraft, so NASA theorized there might be other commercial applications that could benefit from the material’s unique capabilities. NASA made the technology available for licensure.

Once John Olver learned more about the material, he recognized its potential. In 1996, he secured a license from NASA and began to research the capabilities of the material. With support from researchers at Virginia Tech University, they began to make adaptions to the formulation to make it more suitable for a production environment.

The first application that Emisshield developed was to coat building materials for firewall applications. Since then, the company has continued to expand the markets for the product. They have now created nearly 40 different formulations developed for a wide variety of applications – everything from clothing and race car parts to heavy industrial applications in iron and steel plants, refractories, ceramic fibers, and power generation machinery.

Join us for the 2021 Space Technology Hall of Fame Induction Ceremony here. 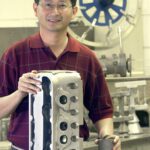 Light weight alloy technology with proven durability, longevity and reduced environmental impact In 1993, the Partnership for Next-Generation Vehicles (PNGV) brought together federal laboratories, universities, automakers and other industry partners, with the common goal of increasing automotive fuel efficiency and…