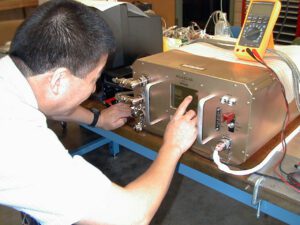 In the mid-1990s, scientists at a NASA Research Partnership Center in Wisconsin were working on improving methods of growing plants in space. The work was accomplished by the NASA-funded Wisconsin Center for Space Automation and Robotics, or WCSAR, one of many universities or research centers partnering with industry to work on NASA directed research programs.

Researchers there, with the help of the Space Product Development Program at NASA Marshall Space Flight Center, were trying to solve the problem of build-up of ethylene gas around plants grown in the closed environment of spacecraft, which caused premature plant decay and spoilage.

To combat this, the group developed an ‘ethylene scrubber’ using the existing principle of photocatalytic oxidation where UV lighting and titanium dioxide are used to break down organic compounds like ethylene.

The ActivePure family of products was designed around the concept that was proven by the NASA-funded team. While there are similar products, the Aerus team took the concept of the space-based ethylene scrubber and further developed the technology to build a family of products that benefit people in their everyday life.

ActivePure has been validated in numerous case studies, proving the technology dramatically reduces concentrations of airborne aerosol contaminants, neutralizing viruses and bacteria, and wiping out infectious germs and viruses including the likes of methicillin-resistant staphylococcus aureus (MRSA).

ActivePure devices have been installed in facilities where there is high risk for contaminates; schools, hospitals, restaurants and even several Major League Baseball teams’ locker facilities.  Once installed, testing showed bacteria counts and air particles were dramatically reduced.

Photocatalytic oxidation may trace its roots to the space program, and potentially clean air and water for astronauts on future deep-space exploration missions, but the most important impact is in improving everyday life on Earth. 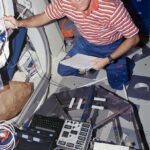