A Resource for Educators: Watching the Skies with The Space Report

If you are an avid skywatcher, you may have started the year by putting together a list of astronomical viewing opportunities in 2013. In particular, you might be watching the Comet ISON (pictured, left), which may shine as brightly as the full Moon (assuming it survives a close encounter with the Sun). Many products have been developed to help you learn about and connect to human knowledge and activities related to space. These applications often help space professionals in addition to interested members of the public. 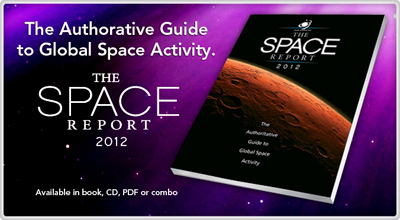 A number of smartphone applications have been developed for amateur astronomers. Many of these stargazing applications rely on GPS, but, rather than helping you find things on the ground, they provide you with an accurate view of constellations in the night sky. Many applications go beyond star constellations and planet locations. Star WalkTM, by Vito Technology Inc., is an iPhone/iPad app that provides information on moving satellites, how the sky looked on past nights and data about particular celestial objects. Many applications, including Google Sky Map, free for Android, allow you to view and search for both constellations and other celestial objects in the sky.

If you want to see more of the Universe than can be viewed from your backyard, you may be interested in NASA’s Eyes on the Solar System tool, which debuted in September 2011. Using video game technology and NASA data, this Internet-based program allows you to ride along with NASA satellites, seeing what they see, all from your home computer. You can follow any spacecraft, such as the Juno probe currently on its way to explore Jupiter, and see where it is now and what lies ahead for its trip. NASA has included data from as far back as the 1950s, so you can even explore past missions. In all of these cases, you can choose from a variety of viewpoints in both 2D and 3D. The project is committed to sharing NASA science with everyone, encouraging interest in space exploration.

Another activity based on NASA data, called Planet Hunters, allows anyone on the Internet to help search for planets around other stars by analyzing data from the Kepler Space Telescope. In September 2011, NASA announced that participants had identified two new planets in a distant star constellation. As part of the Planet Hunters game, players are given images of fields of stars that have been tracked for 30 or more days. Players then hunt for “transit events,” times when the star dims, an effect that occurs when a planet is passing in front of the star – recognizing patterns that were missed by automated processes. With more than 40,000 members logged since 2009, Planet Hunters has led to the discovery of 69 potential planets, which NASA is now analyzing in more depth.

Recognizing that it does not have a monopoly on unique ways for the public and scientists to access its data, NASA partnered with TopCoder to launch a contest in April 2011, challenging people to come up with applications to allow exploration and analysis of the extensive information archived in its Planetary Data System. The system includes scientific data from NASA’s planetary missions, astronomical observations and laboratory measurements. After entries were evaluated by judges from NASA and Harvard University, winners were announced in May 2011 and more than $3,000 in prizes was awarded. Although the contest focused on ideas rather than finished applications, NASA said that a future challenge could focus on implementing the winning idea from this challenge.

A wealth of space information can be found in the Space Foundation’s annual publication The Space Report: The Authoritative Guide to Global Space Activity. Valuable to space professionals, educators, students, policymakers, researchers and the media, The Space Report includes highlights from all space sectors – from defense to exploration – and illustrates how space activity affects people around the world. The book, which is available in hard copy, PDF and CD versions, provides information on global space budgets, revenues and industry performance tracked by the Space Foundation Indexes. Content includes:

Past issues are also available at discounted rates. And, to make a difference in science, technology, engineering and mathematics education, consider donating The Space Report to your favorite libraries or schools.