At a private reception on Oct. 10, the Space Foundation celebrated the one-year anniversary of its Discovery Center, the region’s first and only space, science and technology attraction. The evening featured a special performance by the student orchestra from the Thomas MacLaren School in Colorado Springs. 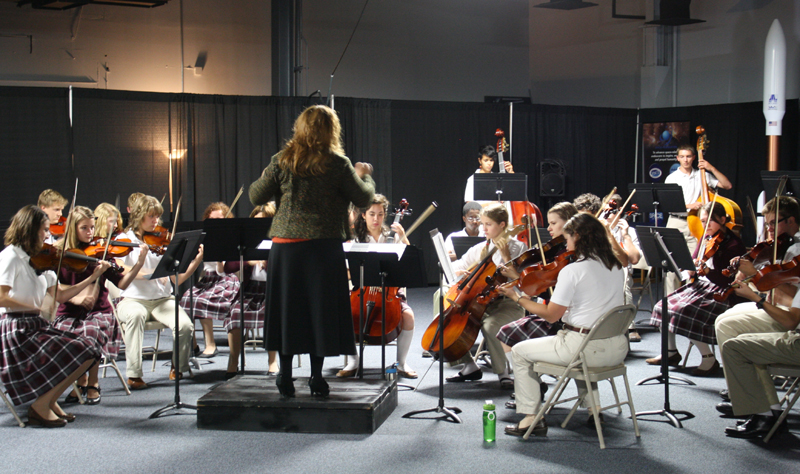 The Discovery Center is located at Space Foundation World Headquarters, 4425 Arrowswest Drive, Colorado Springs, and is open to the public from 10:00 a.m. to 5:00 p.m., Tuesday through Saturday.

The Discovery Center, which houses the Northrop Grumman Science Center and the El Pomar Space Gallery, is the site of Science On a Sphere® and Sphere-based education courses, made possible through a generous donation by Northrop Grumman.

Northrop Grumman Science Center
Northrop Grumman donated $375,000 to create the science center and teaching lab at the Space Foundation Discovery Center that is being used for science, technology, engineering and mathematics (STEM) education programs for teachers and students, and for community education outreach. 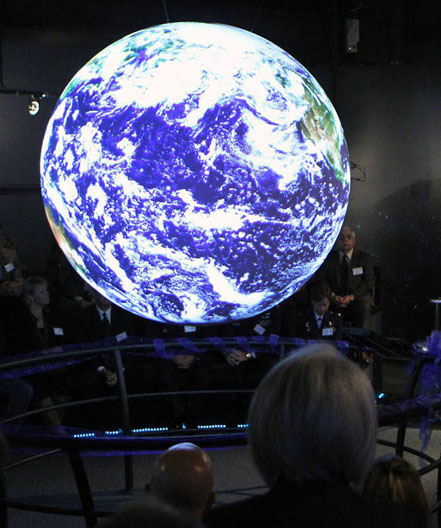 The centerpiece of the Northrop Grumman Science Center, Science On a Sphere (SOS), is a spherical projection system that uses special software and satellite imagery to depict full motion views of the Earth, Sun, moons and planets. Developed by the National Oceanic and Atmospheric Administration (NOAA), SOS graphically illustrates complex science principles in an easy-to-understand format.

The initial exhibit, “Launch to the Moon,” primarily displays artifacts related to the U.S./Soviet race to the Moon in the 1960s and early 70s.

A few of the current exhibits include: 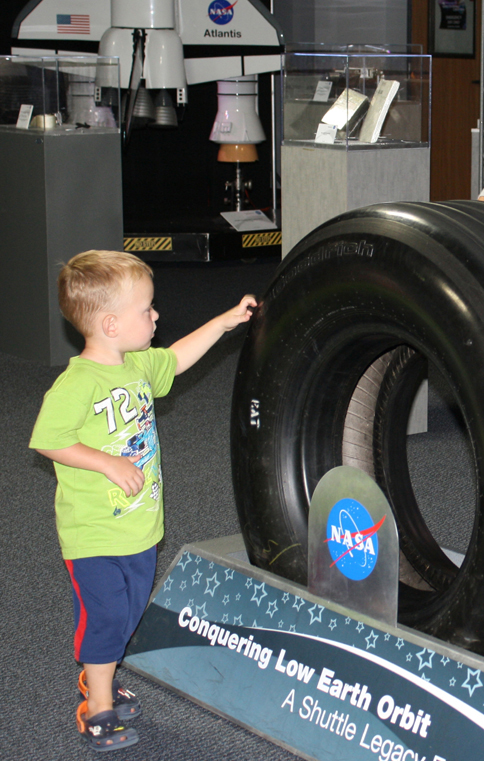 Pictured middle: Science On a Sphere® at the Discovery Center