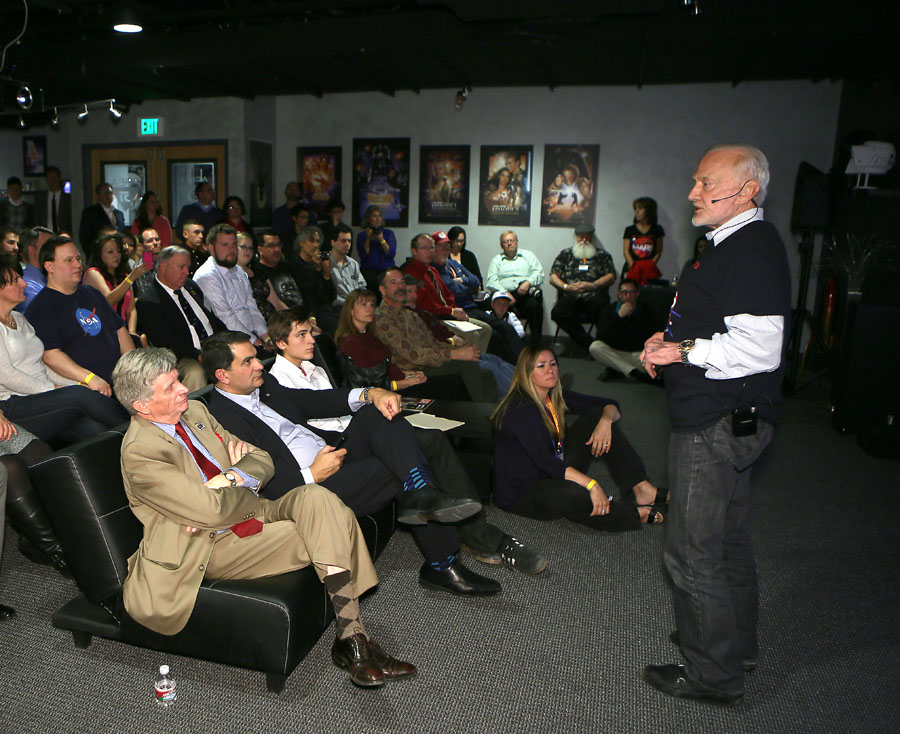 Many of the young guests who came to view past and recent space exploration history, saw displays of artifacts from Project Mercury to Space Shuttle and current spacecraft. They got a glimpse of, and listened to presentations by, representatives of three generations of astronauts, including Apollo 11 legend Dr. Buzz Aldrin (pictured).

It was good to see our former astronauts and space heroes making presentations directed toward the new generations, with hope that the talks and displays will play a role in inspiring the youngest of the attendees to enter into the science and technology fields that America desperately needs. Additionally, it is hoped their words will inspire the young engineers and scientists in the audience to implement the visions presented of future space exploration, leading to planetary missions.

For the veteran group of members and guests, the evening brought back memories of the glory days of the U.S. Space Program, the race for the Moon and the many triumphs of the Space Shuttle Program from the beginning. Many of us were lucky enough to have seen Neil and Buzz step off that Lunar Module ladder onto the Moon’s surface to be the first men there, and most importantly, they were Americans! To think on this night, standing 10 feet in front of me, there is Buzz telling us all how America should be proceeding to get to Mars. What a time to have lived.

For a very lucky few of us there, April 12, 1981, was a glorious day when we were members of the team that successfully launched the most magnificent flying machine ever built, Space Shuttle Columbia/OV-102, for the first time into orbit with astronauts on-board. No rocket powered unmanned test flights for this system. The first launch/mission was to be success or spectacular failure, and not much room in between. The STS-1 mission was a spectacular success along with the many achievements that followed throughout the life of the Space Transportation System program. It was great to celebrate it! 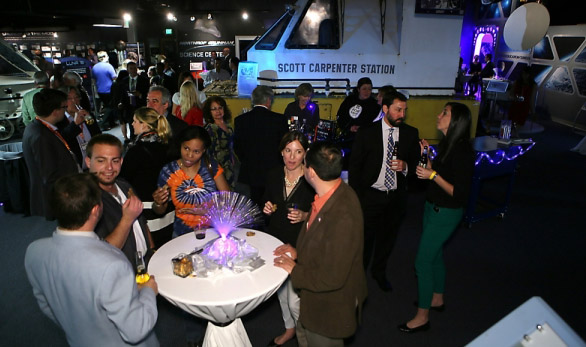